I was out being educated on Occupational Safety and was told about swiss cheese model. The model seemed both hilarious and usable, so I'll try to apply it to stress resistance. 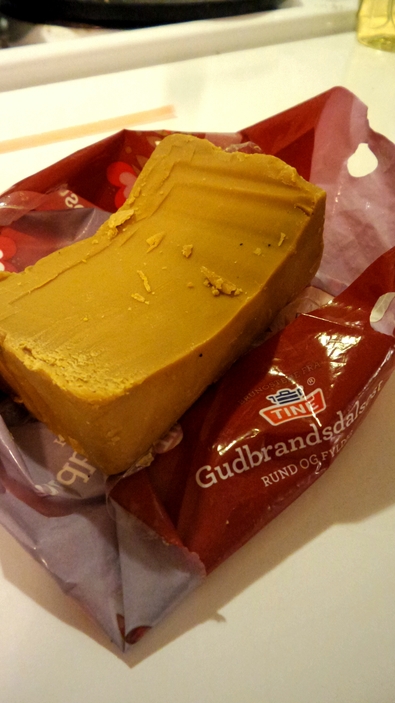 This is Norwegian cheese. It doesn't have holes, but it's really odd.

There's slices of swiss cheese, with holes in them. The slices are the protective layers stopping all sorts of bad stuff from happening. Each slice is an additional layer, that can block an accident from happening, but it also has holes, likes cheese. If the accident manages to hit the hole in the layer, it passes through unstopped.

Sometimes this happens many times in a row and an accident passes through all the layers, one hole at a time. At this point the accident isn't prevented and it actually happens.

Once an employee happens to be drunk, the blow-off valve is stuck, automatic stopping mechanism short-circuits and the foreman has his back turned, all the holes are aligned for something awful to happen.

The obvious model for stress resistance would be Star Trek type deflector shields. They can take hits for a while but at some point start failing and damage gets through. Shields also regenerate after a while of rest. Still, it might be a fun experiment to try to think about it in another way.

The swiss cheese model of stress resistance (= SCMS, pronounced either scums or scams) can also easily incorporate deflector shields as just one layer of protection. Maybe the last, maybe the first layer.

In general, SCMS works by building layers of protection against stress. Some example layers and the holes:

So if stress either manages to slip through all these layers or then just plain overpowers them by being very intensive and persistent, harmful effects start to happen. If you managed to keep up all these layers even if you were extremely stressed out, you should in principle still survive pretty well. You'd be eating well, exercising and meeting people, even if everything would be on fire at work.

Still, long term strain and wearing out is the real killer about stress. If keeping up the layers would tax you more than give you energy, it would be counter-productive. Many can probably relate to the feeling, when going on a jog feels like goddamn unreasonable demand. Even though it might be healthy for you, it might still be a bad idea to go on that jog, if you are mentally (and thus also physically) teetering on the edge. A marathon is pretty much a serious danger to a body, that's already been pushed to the limits by being on red alert (high stress) for a long while.

This is probably sort of a difficult question to answer in any general sense. In most cases it probably will be a good idea to keep eating well and exercising, but there might be a limit when you just need to stop and stay still when it's not absolutely essential to keep moving.

I'll make a detailed SCMS-list for myself. What are my layers of protection, how do I apply them and what are the holes. I'll be posting this soon to Hacked Man and after that it's live.