This weekend we're moving to another apartment. I dislike moving more than most things I really dislike, but guess there's no avoiding it at times. We have one apartment moved already and we're done for the day, but have no electricity yet, so here's a picture of a dark lager in a dark room: 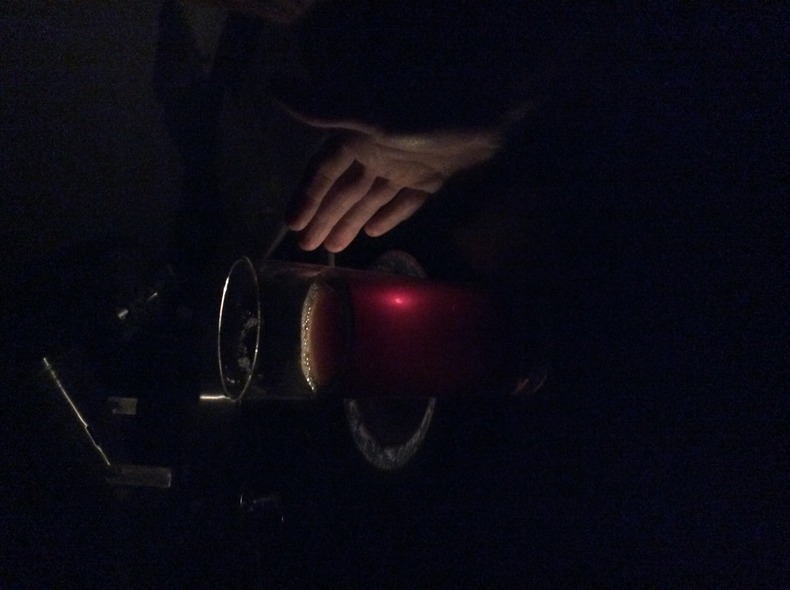 Curiously, I'm not that stressed about the situation. There's all sorts of stuff going on, but everything is totally under control. Most of this is probably because I've mentally outsourced pretty much everything about the move to my spouse. Still, maybe, just maybe, some of my Stress Management practices are working too. I'll recap some of the ideas I gathered earlier and ponder a bit on how it's going.

Choir business is going well. I think I've sort of got the hang of my new responsibilities and the first concert managed by me was well in the green and otherwise a pretty brilliant success also, so that's reassuring. Obviously more energy gained than stress incurred at this moment.

Haven't been sick, so exercising has been going well. I'm starting to see improvement in many areas, which is naturally rewarding. Now I'm trying to include more stretching etc. which hopefully will give me one more natural break point for the day.

Going really well. I don't know if deeper meditation is somehow more stress relieving than a "normal" meditation session. There seems to be pretty qualitative difference about the intensity of meditation sessions I'm having these days compared to the ones in the beginning, but it's probably impossible trying to estimate if they are more "effective".

This could be an interesting research subject for someone with some heavier equipment btw. If you measure physical symptoms of stress, could you be able to find some noticeable differences between people who are "better" at meditation or between different meditation sessions of varying intensity? It's not completely unthinkable, maybe?

I realized that sleep deprivation makes me angry and short tempered. I haven't really had problems sleeping or with sleep quantity, but I've just thought back on myself in different places in life and realized that sleep deprivation is a bad idea. Sleeping too little also demolishes any chances of dreaming. If I sleep less than 5 hours, I probably won't remember even a single dream for a couple of nights.

Sometimes it's fun to stay up, but I'll have to take this into account in the future too. Sometimes it's worth to pay the price, but the price is a lot higher, than what I've thought before.

Summa summarum, so far, so good!